Kenyan Genge rapper James Wathigo Mburu alias Jimwat recently caught the attention of many as he strives to make his comeback after a long hiatus. The ‘Mpaka Chee’ and ‘Sitoi Kitu Kidogo’ star that most of us grew up listening to has been away from the limelight for years fighting alcohol addiction. 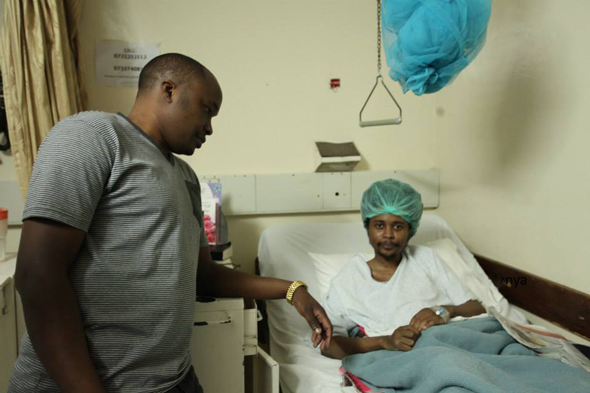 The handsome young rapper who woes women with his trademark dimples and baby face is back in the game but with a twist. He has recently gone into the gospel industry where he has been featured by Jedidah; a gospel songbird in a track called ‘Tamu Sana’.

He recently was interviewed on The Trend late Night by Larry Madowo where he said he also has that positive and God-fearing side to him. Being that he has gone through a lot, he felt that he needed to take part in the song since he can relate to it. When the request to collaborate came knocking he didn’t say no. Who are we to judge him? We wish him well in his comeback and endeavors!

Here is the video to his new song: