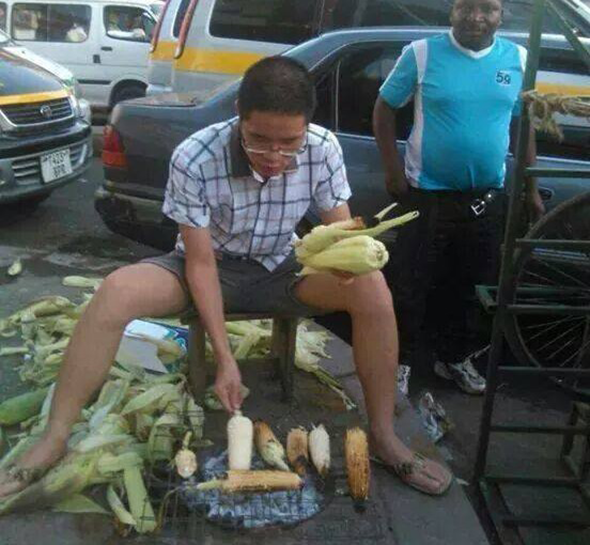 After coming into the country with a boom, everything about the Chinese was a hit in Kenya. There were Chinese companies, fake Chinese electronics that were flying of the shelves and even half Chinese babies of the women that got a chance to mingle with the very distinguished men who were taking the country by storm.

However, now that the Thika highway is complete and with the number of tenders going down, the Chinese have started looking for other ways to engage their entrepreneurial minds and since Kenya has been known to have quite a diverse job market more so in the hustling sector, it was not quite the shock when one of the jobless Chinese turned to maize roasting so as to be able to make a living. However, he seems to be making quite the stir as a lot of people stare to see the light skinned man going around his business. It is only a matter of time before he starts introducing the best menus that Kenyans have ever heard off like roasted maize dipped in monkey tears.