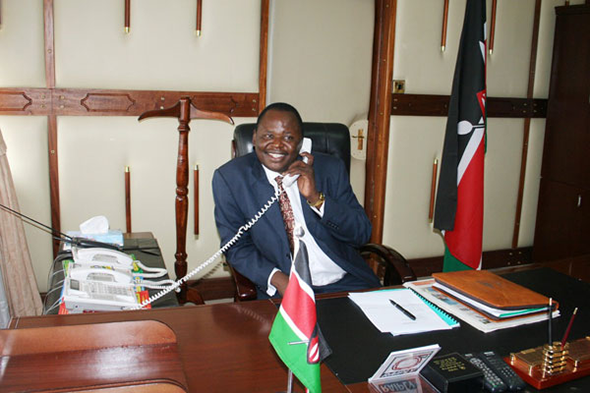 In a rather sad turn of event Homabay Senator Otieno Kajwang Lost his life yesterday after suffering a cardiac arrest at the Mater Hospital where he was receiving treatment. He was 55 at the time he passed on. He was the immediate Former Minister for Immigration and Registration of Persons-Kenya and MP for Mbita constituency.

His death was confirmed by current Orange Democratic Movement (ODM) spokesperson Philip Etale. Some of the senior members of parliament who were the first to send their condolences on his twitter handle and facebook page included Elgeyo-Marakwet Senator Kipchumba Murkomen and Boni Khalwale.

For those who may not know this according to the American Heart Association, cardiac arrest is the sudden stop of efficient blood circulation in the body mainly due to the hearts failure to contract well. In some cases the heart may have stopped contracting. When the blood stops circulating in the body, the transport of oxygen and glucose to the brain is impaired. This leads to unconsciousness, and abnormal breathing. If this happens for a prolonged period, death or brain injury may occur.