A Terrible tragedy befell 28 passengers out of 60 who fell victim to a hijacking attempt in Mandera. Intelligence has confirmed that Al-Shabaab fighters hijacked the bus and executed all non-Muslims who were on board after singling them out. The Nairobi bound bus got hijacked 50km from Mandera town. The attack is estimated to have occurred at 5:45am today.

Sources claim that approximately 100 gunmen commandeered the bus forcing passengers out. They were then placed in separate groups in accordance with religion, freeing the Muslims and executing the rest. The assailants then tried to take possession of the bus but it got stuck in a muddy and unpaved road.

This comes as the country faces numerous terror attacks and a high insecurity alert. It really is an alarming case that calls for stern action from the government and concerned security forces. Security agencies are currently pursuing the gang. Such inhumane butchering of Kenyan’s who are innocent should cease.

Here are some of the disturbing pics taken by those who were first to the scene: 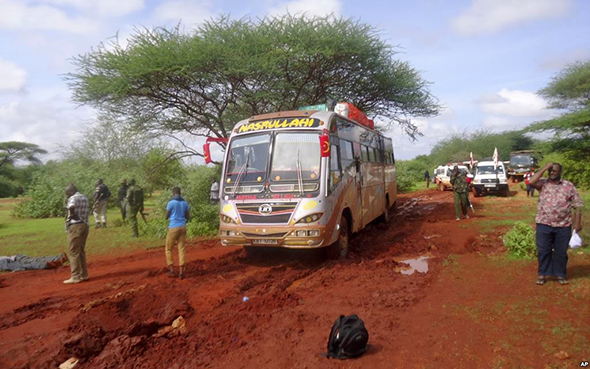 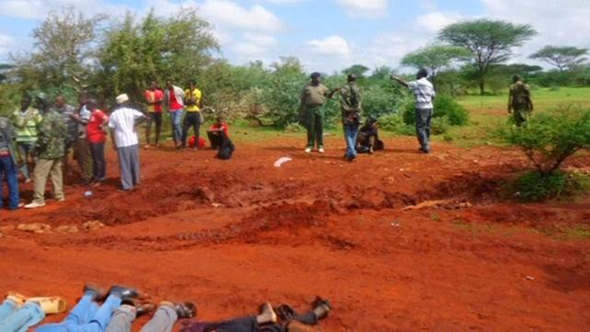