Powerful members of the government can trail bodyguards wherever they go. However, their social websites accounts on the other hand are very liable to the wrath of those that do not wish them well. Mike Sonko was the one who suffered the wrath of one of the hackers that has been hacking the accounts of prominent people and using that platform to send insightful messages. Mike Sonko and all his bling could not ensure the safety of his account.

Since Saturday evening, Senator Sonko’s account has been at the mercy of Anonymous as the hacker calls himself. All the senator was limited to doing was sending an apologetic tweet letting his followers know that his account had been compromised and that he was doing everything in his power to get the account back. Until Sunday evening, the hacker was still making some posts on the senators account which created quite the buzz.

Here are some of the tweets the hacker sent: 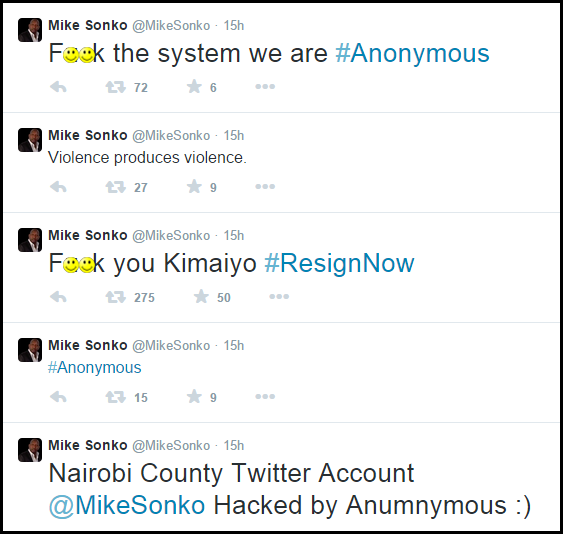