Today morning Dj MO of NTV was arrested for refusing to part with a few shillings to police officers in Naivasha. Dj Mo who was driving in the company of his wife size 8 was stopped at Naivasha for driving in a car with tinted windows. Since the Dj has always been driving the same car and never had a problem with police, he wondered what the problem was.

However the police soon stated that they will release him if he gave them ‘kitu kidogo’. The gospel DJ being a stout Christian immediately refused to pay the bribe requested, this however did not sit well with the police who then decided to ruff him up after arguing for a few minutes. They finally took him to the Naivasha police station to record a statement. He will be arraigned in court and charged for a crime of driving with tinted windows.

Here are some pics on the incident. 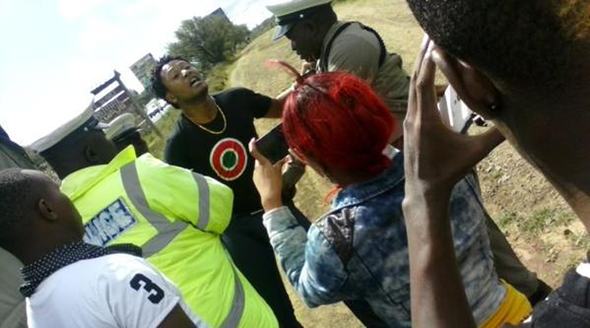 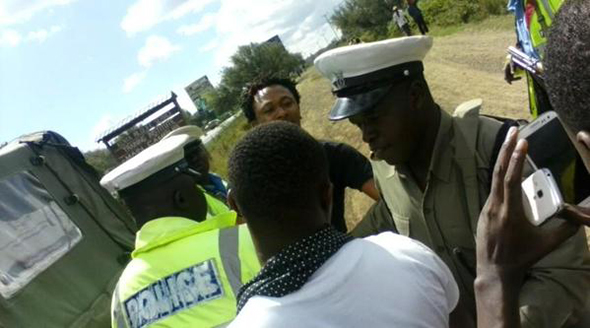 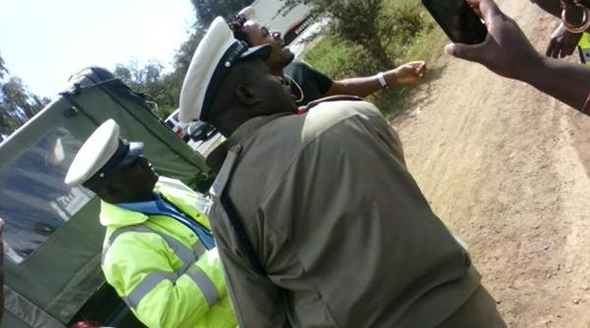