Celebrity couple Wuhu and nameless were going through a very challenging moment a few days ago, when a blog came up with rum ours that the two were divorcing, after nameless claimed that their second child was not his biological child, but another mans child. Nameless came out and denied the allegations and said that his marriage was doing well and the allegations were meant to tarnish their good image against the public, he went a head and said that action will be taken against the blogger for the false allegations.

Wuhu also came out after some time and denied the allegations, she has thanked her fans on social media for supporting her during the bad moments. She said that she was feeling loved, blessed ,she is taking life positive and she also told fans that life should not be about spreading hate but love to others.

Here is the Facebook message in case you missed it. 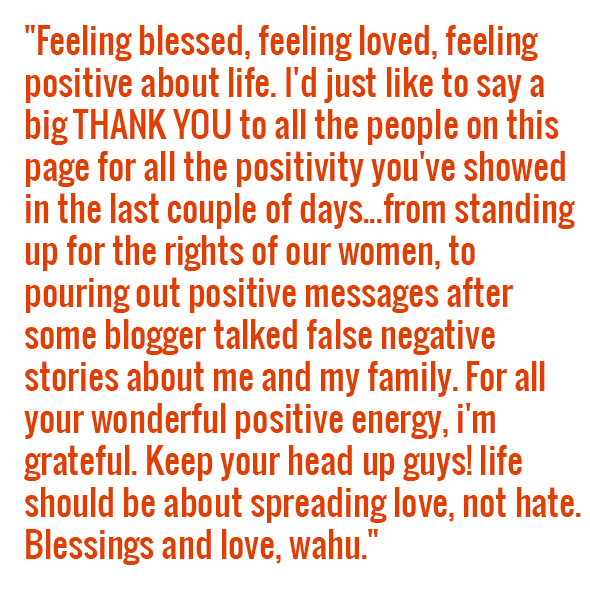