Home  »  Hot Gossip  »  Was DJ Mo Doing a Publicity Stunt With His Arrest in Naivasha? 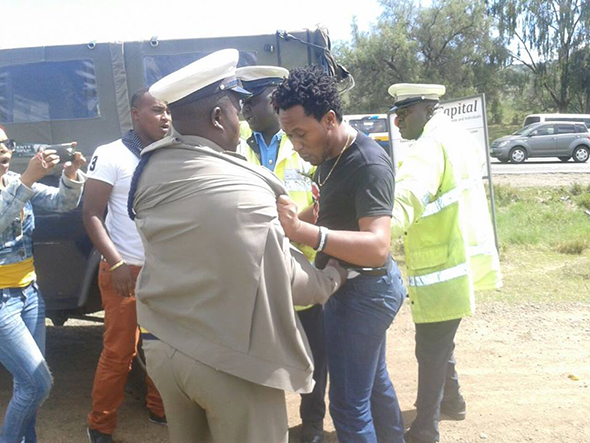 By Now you have heard that DJ Mo was arrested over the weekend since the arrested had quite a couple of photos (actually plenty of photos) to evidence the whole story as it went down. However, most people are questioning the convenience of the photos as well as how the whole situation was covered. However, as it so happens, the arrest was genuine and for the first time was in the hands of the Kenyan police and it is safe to say it is story that he is going to be talking about for quite some time.

According to how well Mr. Seed and the others that were behind the cameras focused on the faces and the service numbers of the policemen, it is clear that they hoped that they would unmask the faces of corruption but as it so happens, the long arm of the law is only long when those executing it are not involved but when they are, it is so short it can’t even give them a slap on the wrist.