Governor Mutua decided to treat Machakos first lady to the finals of the formula 1 championship between Nico Rosberg and Lewis Hamilton that happened over the weekend in Yas Marina circuit in Abu Dhabi. This he did under the serious allegations of him mistreating his first wife Josephine Thitu mutua.

In some statements a while back Mutua laid allegations that his former wife was always around him trying to suck the life out of him. This new move of his may be just what he needed to do to push the “mama” out of his life, as it shows he has clearly moved on to other interests.

However the beautiful Lillian wanted to show the world what her husband had done for her and posted pictures showing how things went down. One must agree that the couple looks very dashing together. Others who were attracted to the event were Kenyans biggest bigwigs including President Uhuru.

Here are some of the photos: 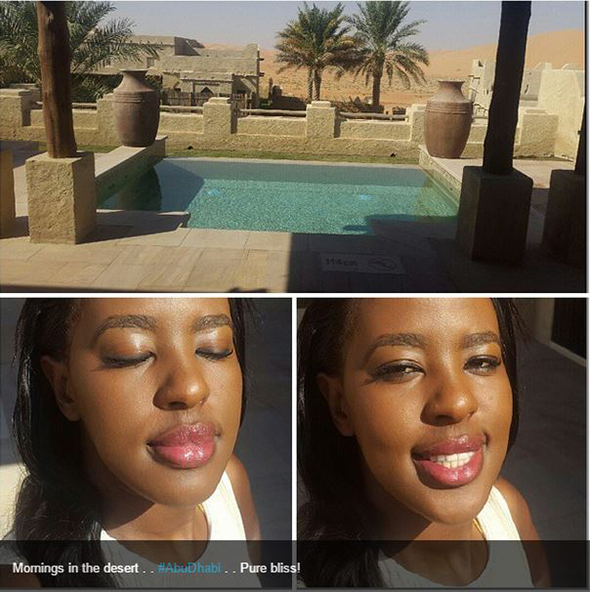 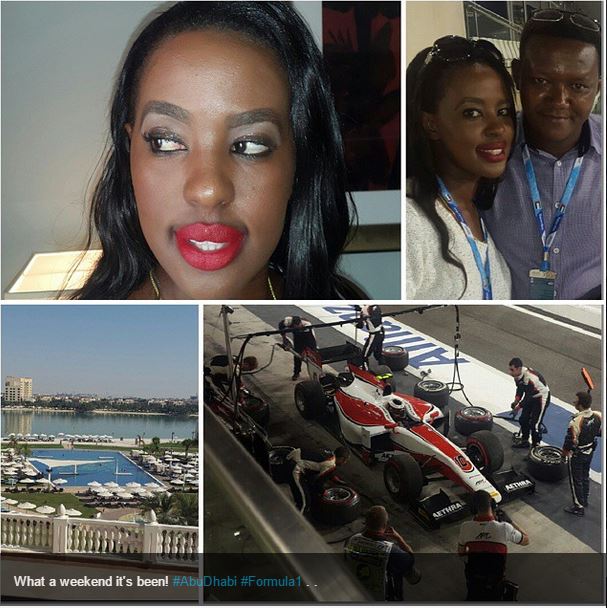