Home  »  Hot Gossip  »  Njoki Chege is far from finished she lashes out at Kikuyu Men Calling them uncouth, unromantic and downright silly

Njoki Chege is one lady who doesn’t mince her words at all. She makes her thoughts known whether good or bad. It doesn’t matter if the men she is talking about are from her tribe, she will lash out at them regardless.

Njoki Chege, who has been making headlines for bashing men and women alike, has once again done it but this time round she calls Kikuyu men opportunistic, inciters, idlers, lazy, un-behaved, murderous, irresponsible, silly and unromantic. That is a handful of negative words right there!

Her Facebook post shows her disappointment with how many crimes in society and ill doings tend to involve Kikuyu men including the latest stripping of women. To some extent Njoki has hit the nail on the head, my take though. Now sit back and watch as the same “broke Kikuyu idlers” go for her neck on social media. As if she cares! 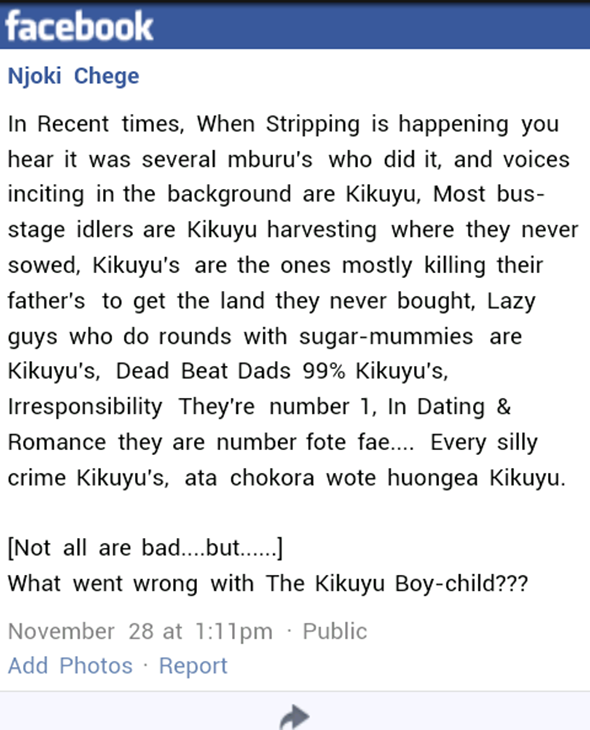