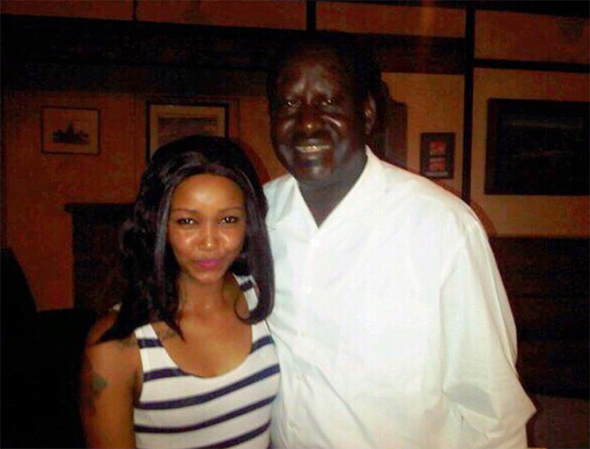 Trouble is not a new word to Huddah and to her it may be considered to be more of a standard but recently, she did dig herself into a hole and this time it is worth mentioning that she had the best intention in mind. Trouble began when a photo of Huddah and the former premier Baba Rao hit the internet. It looked like a common and fun photo but unknowingly she might have rattled some feather and she got some heat for it as well.

Huddah got a call about someone asking her why she had taken a photo with her dad and if you know Huddah well then you know what happened next. In her typical style she took to social media and blasted the person that had called her. In the same light, she also happened to mention that she evokes ‘massive respect’ wherever she goes begging the question where exactly she goes that she gets that much respect. But either way, taking a photo is no small thing and you should be well prepared to take the heat for the fame that you will be getting just like Huddah.