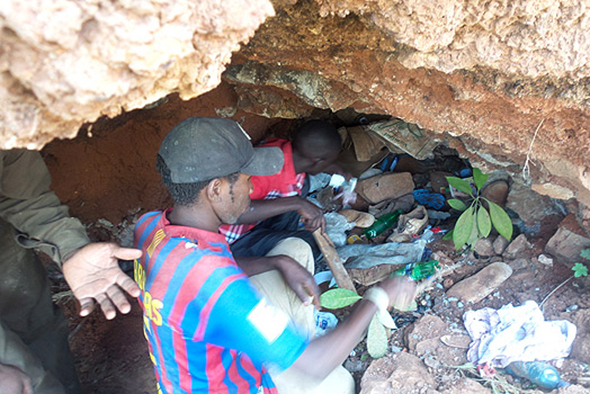 Rape cases in Nairobi’s Githurai 44 have been on the rise. Residents of the area are not asking for permission to clear out bushes in Ngomongo along the Northern ByPass. This is a place where many girls and women have fallen prey to rapists.

A number of women from Ngomongo, Kiamumbi, Maziwa and Githurai 44 said that they had been gang-raped by men who cautioned them against reporting to the police.
These women told blood-curdling stories of their experiences at the hands of the sexual assaulters. Rape did not seem bad enough to these rapists. They went as far as tying them up and recording videos and taking photographs.

One of the four women raped last Sunday said that she had been walking with her boyfriend near Maziwa’s Jacaranda Gardens in the early hours of the afternoon. Four men approached them and forced them to accompany them into a nearby bush.

They were taken into a cave where she was raped by a gang of 9 men whilst her boyfriend watched. The three-hour ordeal was recorded on video as the men took turns raping her. After an identification parade, five suspects between the ages of 22 and 35 have been arrested.