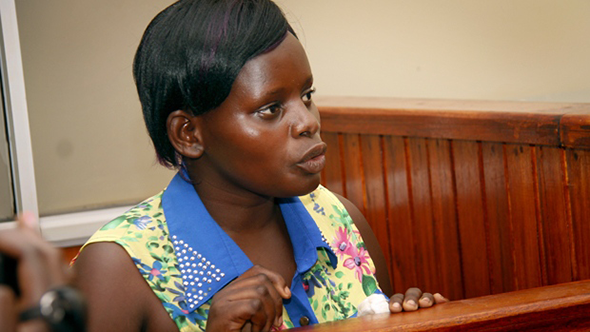 Jolly Tumuhirwe, the infamous nanny from Uganda whose violent atrocities against the one and a half year old baby Arnella Kamanzi were captured on hidden cameras, has finally been sentenced by a Ugandan court. She received a jail term of four years which was given by Chief Magistrate, Lillian Bucyana.

She pleaded guilty by herself to torture charges and was convicted on her own guilty plea. She asked to be forgiven by the baby’s parents and everyone whom her actions had affected. Any mother would say that a 4 year sentence for such animosity is too lenient.

I concur and honestly I wish it was made much longer to serve as a lesson to those like minded, cruel nannies all over the world. The good thing though is that the child is well health wise and justice, though lenient has been served. That’s a start.