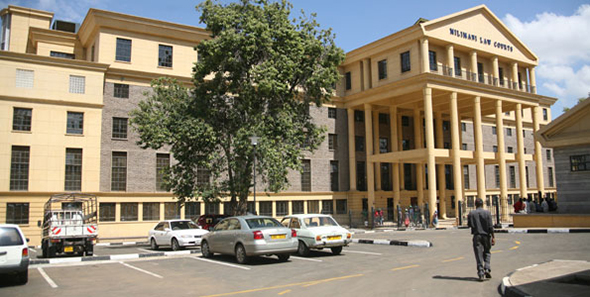 As the country grapples with cases of insecurity a police officer was on Tuesday arraigned in court accused of robbery with violence. He was co-accused with an accomplice, George Kamau for the crime committed earlier this year. They are accused of beating up Chrispine Otieno before robbing him of his valuables at the time after they had bundled him into a car.

The two appeared before Milimani Chief Magistrate Hannah Ndung’u where Mr. Chemosi, the police officer, denied that he was involved in the robbery and claimed that it was a case of mistaken identity. The police officer attached to Industrial Area Police station said that he was on duty on the material day guarding a bank and at no time did he leave his post.

He claimed failure by the prosecution to accurately identify the culprit involved. He denied the charges as the case has been adjourned until next month when judgment will be delivered.