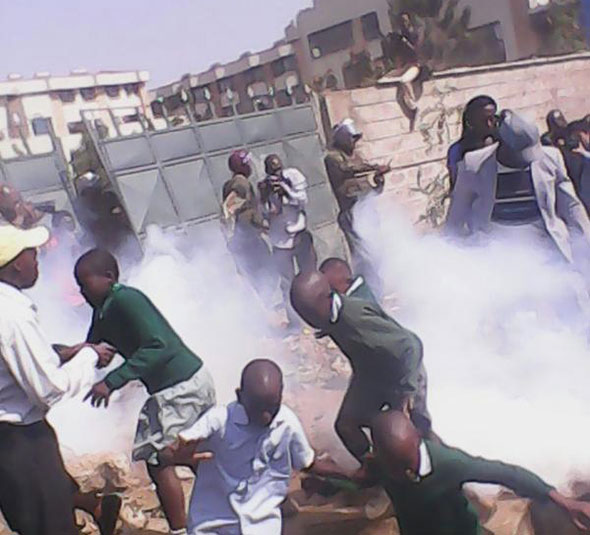 The Kenyan Police have gone overboard this time by using teargas on children. They did this at Langata Primary School when the children made a peaceful protest against grabbing of their playground. It is said that a private investor is responsible for the grabbing. It is only natural for children to react when their playground is being taken away from them. This however does not seem to be how the police see it since they released teargas on the young children. The children had no choice but to run as fast as they could to get away from the chocking fumes.

Many people were stunned by the event. A political commentator said that the only government which has ever done such an act is the Apartheid government. He was surprised this is where we are as heads of Kenyans. It is a dark future for Kenya if that’s where we are headed.