Home  »  Breaking News  »  Interior Cabinet Secretary, Joseph Nkaissery, Visited Langata Primary School And This Is What He Had To Say 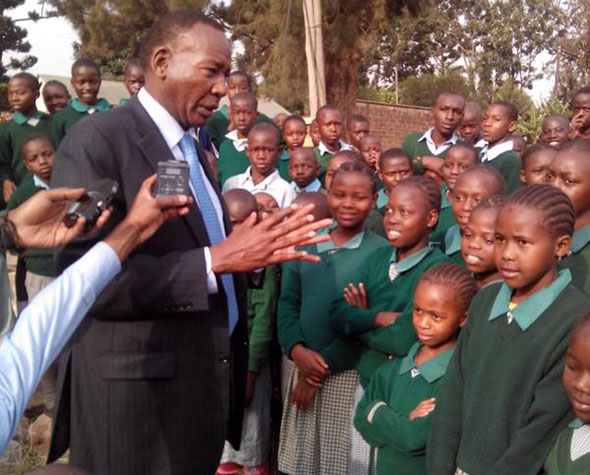 Joseph Nkaissery who is the current Interior Cabinet Secretary on Tuesday visited Langata Primary School and apologized for the chaos that had been witnessed the previous day. He was particularly sorry for the decision the riot police took to use teargas on the young pupils.

Following the gruesome incident, five children and some of the activists accompanying them were injured. The injured school children were treated at the Lang’ata Prison Dispensary, while two activists, Mr Houghton Irungu and Mr Boaz Waruku, who were among the group that was protesting, were arrested.

Elija Mwangi who is the current Lang’ata OCPD, was suspended immediately for authorizing the use of tear gas on very young children.