Some people just get a kick out of disrespecting authority, or is it that they have no idea what their actions would yield? I mean, just a few months ago, a Moi University student; Alan Wadi bought himself two years worth of jail-time; all because he could not resist posting his very disturbingly biased thoughts about the President of this Republic on social media. That should have taught everyone a lesson.

Apparently it did not seem like a big deal to one Mr. Albert Waiganjo who has taken his obvious distaste for His Excellency Uhuru Kenyatta and everything he represents to facebook. Who calls the President a murderer, thief and a rapist in his right frame of mind and expects to get away with it?

The man has posted a multitude of unprintable words about the government at one point calling the President a “child killer”. I mean come on, is it a knack for cheap publicity, guts or out-right stupidity? I have nothing against freedom of speech and all, but you’ve got to draw a line somewhere. 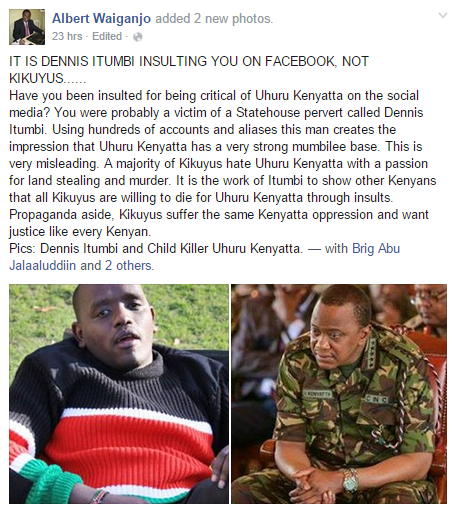 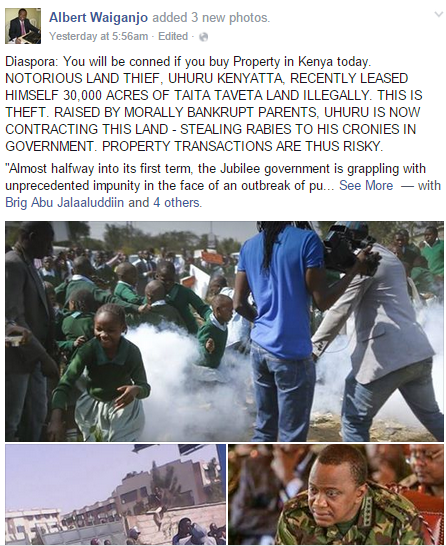 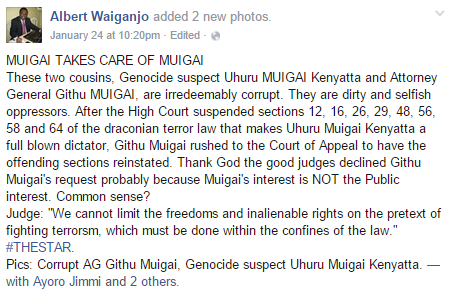 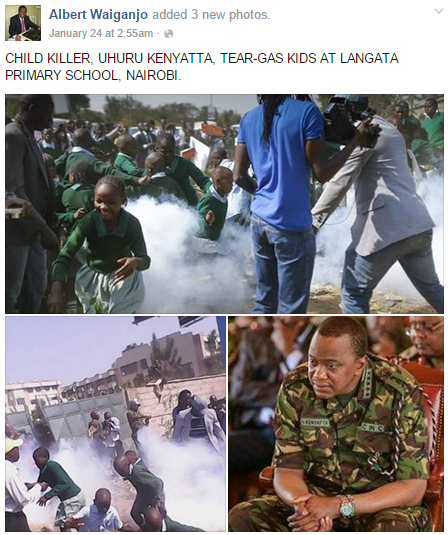 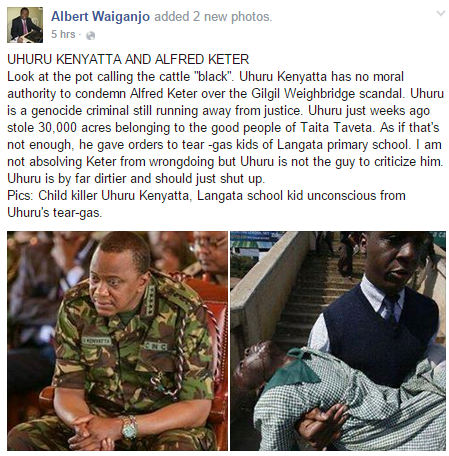