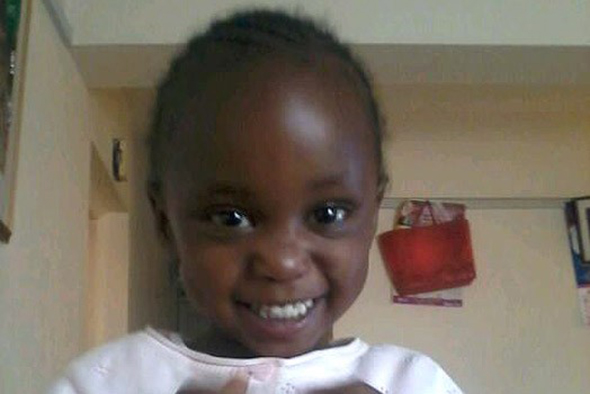 Yesterday the 26th of January 27, 2015 will not be a day easily forgotten for the family of Mr. and Mrs. Njagi as it came to their realization that their househelp had gone missing and taken their two-year old daughter with her. The househelp known as Joyce Nekesa Wafula is reported to have been last seen at their elder kids’ school at around lunchtime with their packed lunch.

The troubled parents said that Nekesa had worked for them for only six days before disappearing with their two-year old Annabel Wanjiku. Having hired her from an estate bureau known as Betty Bureau, the unsuspecting couple last saw their daughter at 10:30 am Monday morning, at their Zimmerman home as they were leaving for work.

The couple had no reason to be worried as they had with them Nekesa’s identification documents and her work in the past six days met their expectations. The Njagis have since recorded a statement with the police and plead with anyone who might have information relating to the matter to contact the police.