Home  »  Hot Gossip  »  Saumu Mbuvi, Mike Sonko’s Daughter Is Out Of Danger And Quicly Recovering After A Road Accident On Wednesday

Saumu, famous Nairobi Senator Sonko’s daughter is reportedly recovering from the injuries she sustained on Wednesday after she was involved in a grisly road accident. The incident, now confirmed, involved a crush between the car she was driving in and a Matatu near Naivasha, one of the biggest towns in The Rift valley. The senator’s daughter just like the father has been on the forefront to fight for the rights of others. This has earned her a position as a student leader at the Jomo Kenyatta University-Karen campus. The role she has played with undying devotion, charisma and dedication.

After the horrible ordeal, she escaped from the jaws of death with minor injuries that included internal bleeding and a fractured nose. She was quickly rushed to the Nairobi hospital from where she is doing well and soon she will be out to join the rest of the happy family of the Senator. Many citizens both from the leadership front to the educational side have joined the senator in wishing her daughter a quick recovery.

Here is a picture of her in Nairobi hospital where she has been undergoing treatment. 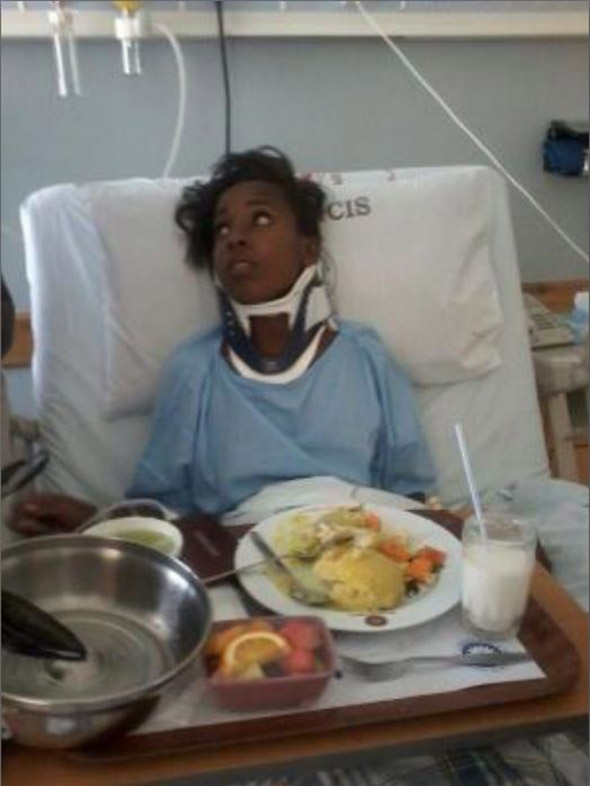