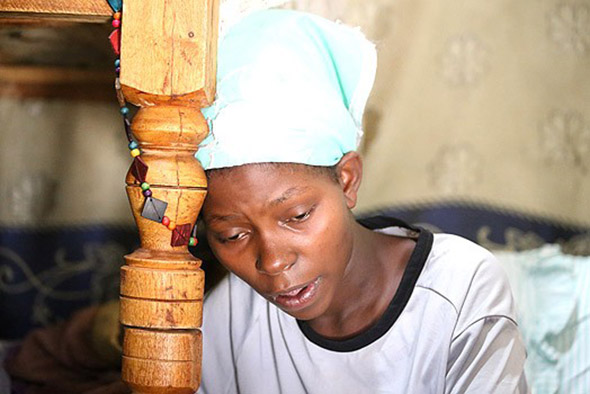 Ms Nelius Muthoni, a mother whose two children were killed by her friend in Korogocho slums PHOTO | BILLY MUTAI

It is yet another sad morning when a woman who is thought to have gone berserk killed three children in Korogocho, one of Kenya’s biggest slums last night. One of the victims aged 5 days, belonged to the criminal suspect facing charges. Catherine Muthoni who is 20 years of age allegedly showed some signs of mental instability after she gave birth through a cesarean section. According to her sister- in -law who witnessed the bloody incident, the woman killed of the child using a knife and went ahead to drink its blood. She then went to her friend’s house and killed two other children.

The siter-in-law goes on ahead to narrate the ordeal on how the woman woke her up in the dark hours of the bloody night and asked her to prepare her a cup of tea. Little did she know that the woman would end up taking the lives of innocent souls. From her story, it is likely that the woman was having some form of depression. The self-confessed killer was living with her aunt in Korogocho after she separated with her husband at ‘Sewage’ in Huruma.