It seems Gloria Muliro ex-husband’s problems will not end any time soon. Earlier today his car’s rear window was smashed in by unknown assailants. This prompted the estranged husband to report the matter to the police. The police are now investigating the unfortunate incident and will announce any findings once they are done. Eric Omba appeared to be unharmed but the motive of this shrewd attack still puzzled him.

The singer urged his followers and friends to continue praying for him since he believes these are the works of the devil. He also went on to post photos of his car showing the damage on the rear window. In one of the photos he is seen reporting the matter to the police.

Here are the photos that he posted. 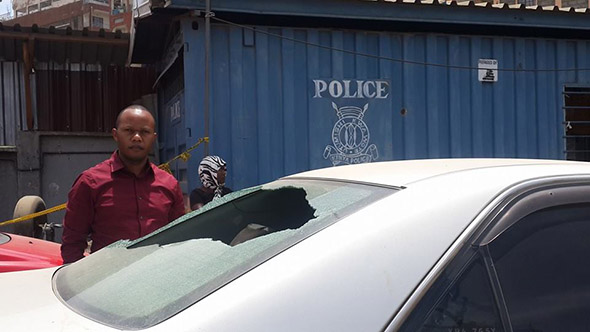 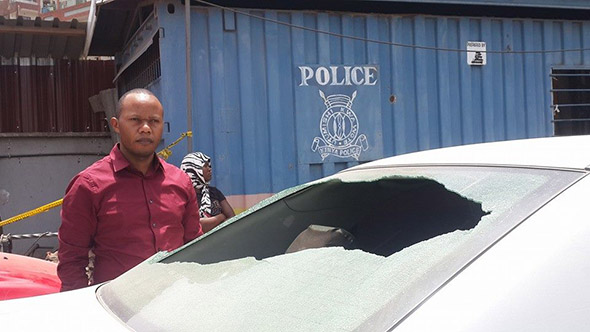 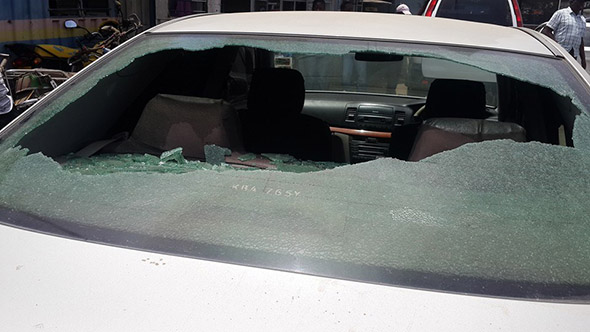 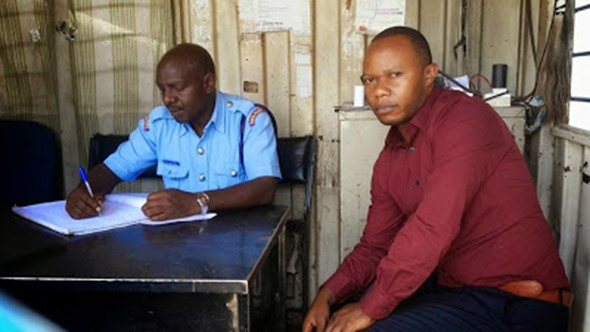