If you are ready to get into Kenyan politics, you must be willing to sacrifice a lot. It’s not only going to be your hard earned money but your principles and dignity as well. Kenyan citizens are so used to squabbles in the political scene that even grown respectable men getting into physical confrontations has become a norm to them.

This afternoon things got very heated after rival MCA groups in Nakuru allied to two “Leaders of Majority” engaged in physical war where vicious blows were literally exchanged. The house speaker, Speaker Susan Kihika was in luck, because at the time of the chaos, she was heavily guarded. No other business could be transacted at the house after the chaos erupted. An attempt to throw out some members of a rival group and the rejected motion to dismiss Majority leader is believed to have instigated the mayhem.

Here are some pictures of how all the madness went down. 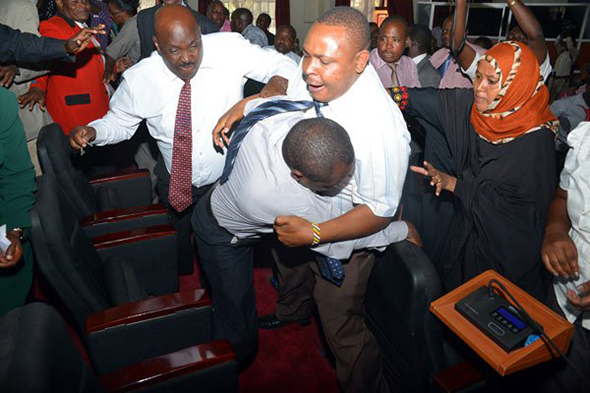 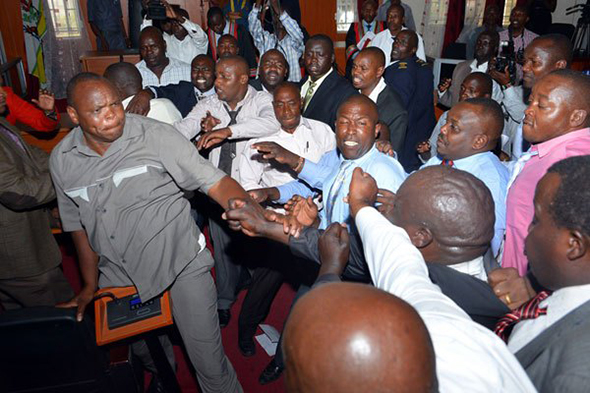 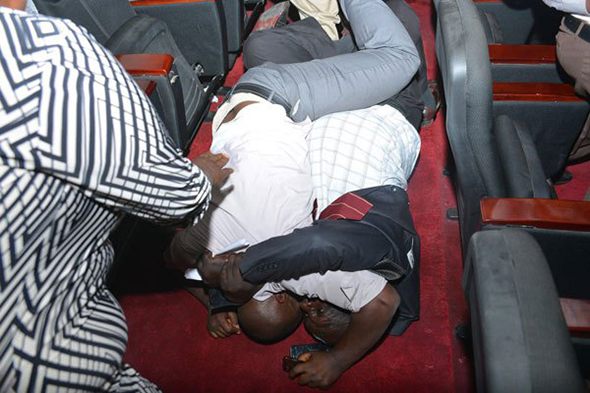 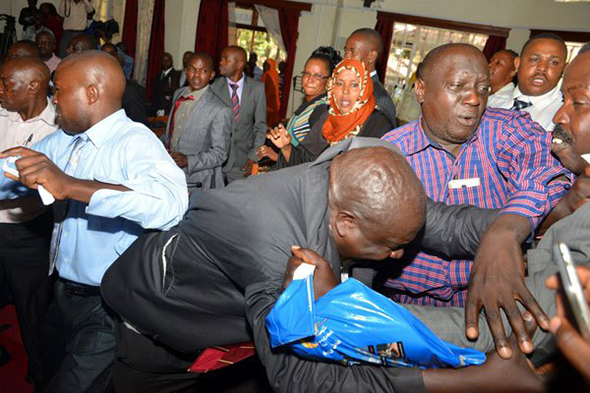