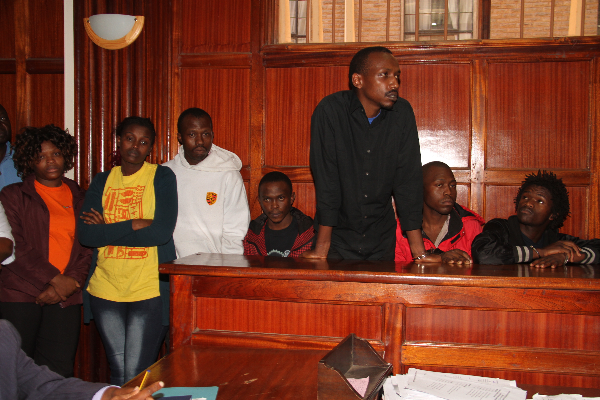 The police have three more days to finish investigations against seven Muchai Murder suspects that they are holding. The three days were granted by Nairobi senior principal magistrate Joseph Karanja. Additionally, Karanja ordered some of the suspects to be taken to Kenyatta National Hospital for treatment since they claim they were tortured while in custody. The medical reports of these suspects will be presented to the court during the next hearing which is to be held on Friday.

The prosecution has a strong case and has identified potential leads to solving the murder. Some blood samples from the key suspects will be analyzed and compared to those that were found at the scene of the murder. A postmortem shows that Muchai and his aides died from profuse bleeding from the bullet wounds that they had sustained on their chests and heads. They were robbed of 2 pistols, 30 bullets and a briefcase that had unknown content.

None of the murder suspects has made any plea as of now.