Home  »  Hot Gossip  »  This Is Why Eric Omba, Gloria Muliro’s Estranged Husband Feels That He Has Been Lied To, Taken Advantage Of, Cheated And Betrayed By Everyone

According to a post that Eric Omba posted on his Facebook page. He feels like he has been betrayed by everyone, including his family and close friends. No one has been around to encourage him or defend him during his trying period. He feels that the challenges he has been facing are too much for him to bear alone.

Although he feels like his down, he believes God will uplift him and take away all his troubles. He refuses to be discouraged or distracted and he definitely will not give up. He encourages his true friends to keep praying for him since he is sure that his troubles will come to pass sometimes soon.

Here is the post that he put up on his wall: 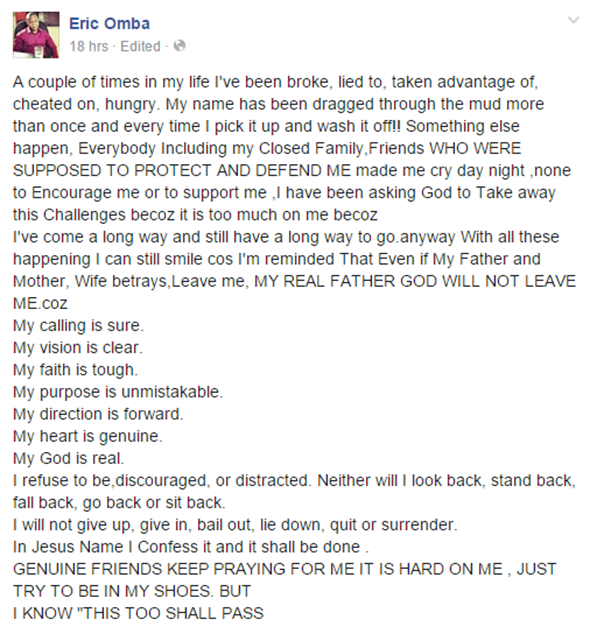