Nairobi City County officials were forced to shut down the restaurant since it lacked the three mandatory licenses. The licenses in question included a health license, a liquor sale license and a change of use license once the restaurant was changed from a residential house to a restaurant.

Yesterday the Chinese restaurant Director, Jinke Xie, released a press statement which included an apology and a reason as to why they decide to lock out Africans after 5pm. Here is the Press statement. 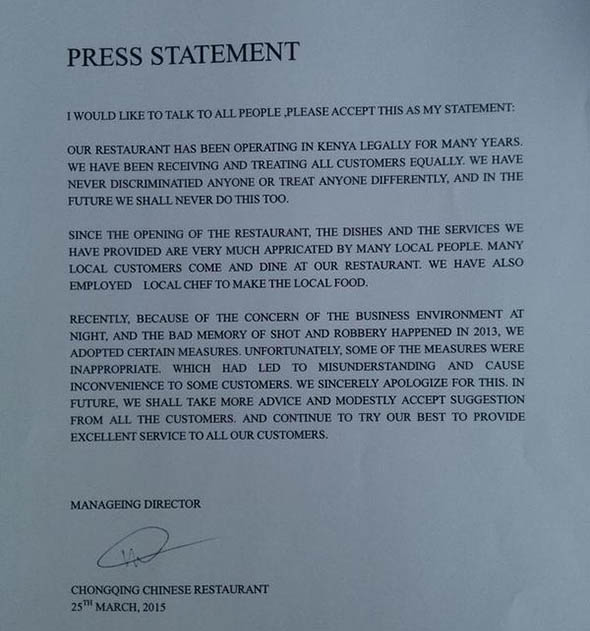