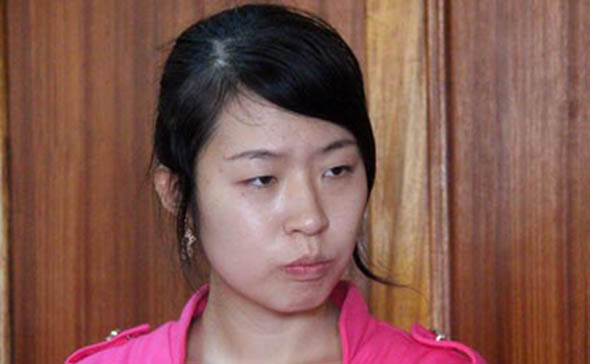 The owner of the racist Chinese restaurant, Ms Zhao Yang, was charged in a Nairobi court for operating it illegally. The court ordered her to be detained for two days and denied bail after the prosecution claimed that she was a foreigner who had refused to disclose her immigration status. She denied the charge that she was running a restaurant in contravention of the law prohibiting the operation of a Class B restaurant without a tourism license. She was also charged with being in gainful employment without a valid work permit.

The accused is a Chinese national and during interrogation declined to disclose her place of residence and immigration status. When asked about her work permit, it was discovered that she didn’t have one. The magistrate in the case ruled that she should be detained at the Langata women’s prison until Monday when her case would be mentioned.