Jose Chameleone came out strongly to deny the claims that he is linked to the illuminati. The claims just came after the questionable death of his young brother AK47. Earlier in the month a case involving the murder of Robert Karamagi was reopened where he is a key suspect. A good section of the public thinks the deaths were acts of human sacrifice but Chameleone has rubbished all these claims.

In a recent post that Chameleon put on his Facebook page “DR. JOSE Chameleone” he said he was a staunch catholic with a God given gift that nobody can take away. He feels that losers are constantly badmouth him because he is hardworking and successful. He feels that most of those who are defaming him have lost their morals and cultural values.

Here is the post that he put on his wall. 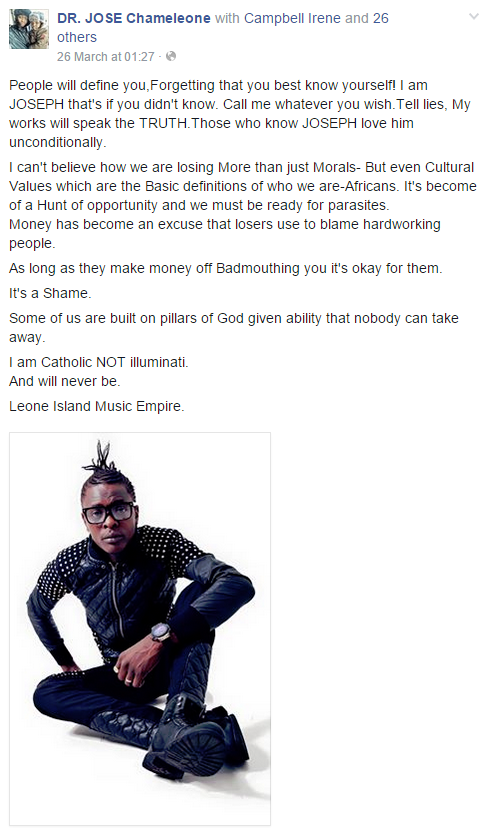