It is a well-known fact that when western entertainers come to Africa, they pull all the stops. While it may not be clear what Akon’s stunt in Goma Congo was about, it is worth mentioning that it did help market his visit. Apparently, after a heavily publicized event in which the promoters of the event offered a whopping 60,000 free tickets, Akon ended up performing in a Bubble!

However, the truth is not known because he did the same thing in Dubai and also in Perth. For a Guy that prides himself in being African, the latter could never have been a reason. However, it is worth noting that the performance was meant to mend an area that has been plagued by war for the past few decades. Akon’s bubble floated all the way to the top, making it to the international headlines. 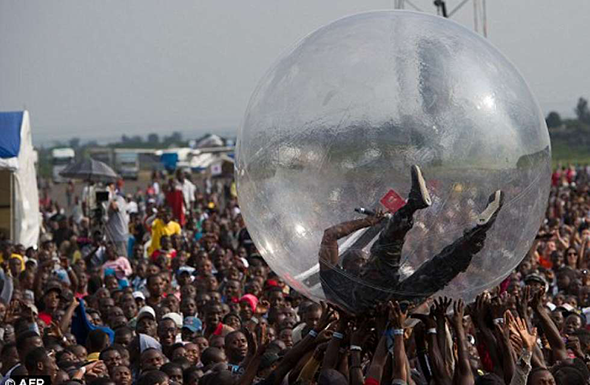