Home  »  Breaking News  »  Ruto Could be the New President! 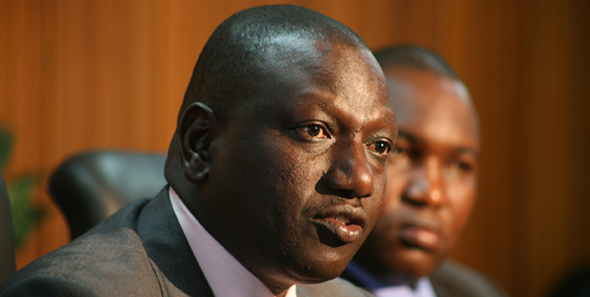 As soon as the elected president Uhuru made the noble decision to down his instruments of power and let his deputy and side kick Ruto run the show in his absence, dark forces are already lurking around trying to make their pack fail. A lawyer has headed to court seeking a court order that will compel chief justice Willy Mutunga to swear in the acting president as president for the next three years. What this means is that he will be able to exercise the full powers of the said office and by the time Uhuru comes back, he is going to be nothing more than another disgruntled common citizen.

However, it remains unclear how this is going to go since what Uhuru did is not against the law and could all lie on the technicality of how different people are able to interpret the constitution. However, should the lawyer get what he wants, then you can expect a political storm is coming our way.