Considering how far they have come and the fact that they are among the most notable power couple in the country, virtually anything that Nameless and Wahu do is always under heavy scrutiny. The best part is that within the tides and storm that have rocked their love boat, they have managed to come out on top and are still together even after admitting that they had some real issues. But again which real couple does not have “real issues”.

One of these ‘real issues’ happened to take flight in public and even though they tried to keep the situation calm, we couldn’t help but notice. Nameless happened to pick quite the interest in a certain female designer so much so that the talk that they were having ended in a dance. All this was happening as Wahu was in the vicinity hovering with a keen eye. When she had had enough she walked over to nameless and whispered something in his ear then stormed off. In a bid to throw off the Paparazzis who were more than ready for the scoop he tried to stop her but that only went to show that indeed he would be spending the night on the couch. 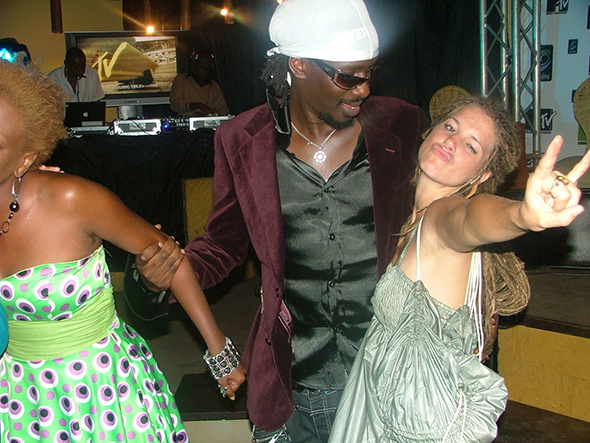