Warning: file_exists(): File name is longer than the maximum allowed path length on this platform (260): D:\InetPub\vhosts\ziwapete-17432.package\infobare.com\wwwroot/wp-content/themes/truepixel/single-post-here-are-some-hilarious-reactions-to-an-interesting-video-conversation-between-flamboyant-nairobi-senator-mike-sonko-and-a-chinese-man-married-to-a-kikuyu.php in D:\InetPub\vhosts\ziwapete-17432.package\infobare.com\wwwroot\wp-includes\template.php on line 640

Warning: file_exists(): File name is longer than the maximum allowed path length on this platform (260): D:\InetPub\vhosts\ziwapete-17432.package\infobare.com\wwwroot/wp-content/themes/truepixel/single-post-here-are-some-hilarious-reactions-to-an-interesting-video-conversation-between-flamboyant-nairobi-senator-mike-sonko-and-a-chinese-man-married-to-a-kikuyu.php in D:\InetPub\vhosts\ziwapete-17432.package\infobare.com\wwwroot\wp-includes\template.php on line 643

On a video posted on Roberts Alai’s Facebook page, Nairobi Senator Mike Sonko is seen having a conversation with a Chinese man. Interestingly, the video is in Swahili. This definitely rubbishes the notion that Chinese guys in Kenya don’t know Swahili. Sonko is surprised to learn that not only is the Chinese man fluent in Swahili but he is married to a kikuyu lady with whom they have two children. The man has been in Kenya since 1998 and has actually gotten accustomed to Kenyan culture and traditions.

Unlike what many Kenyan people think including Senator Mike Sonko, not all Chinese guys in Kenya have dog meat as their favorite delicacy. Also, most of the Chinese immigrants in Kenya settled in Kenya long before the Thika Super Highway project begun.

Here is the video and some of the hilarious comments Robert Alai’s Fans put on the post. 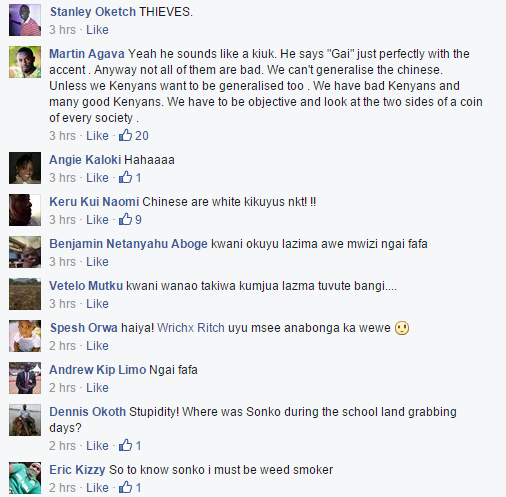 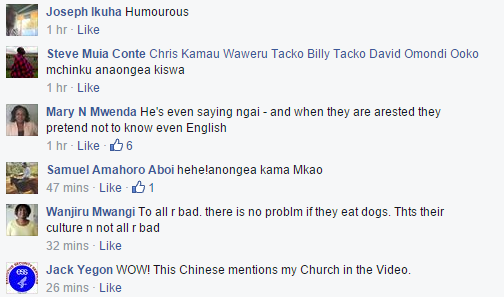